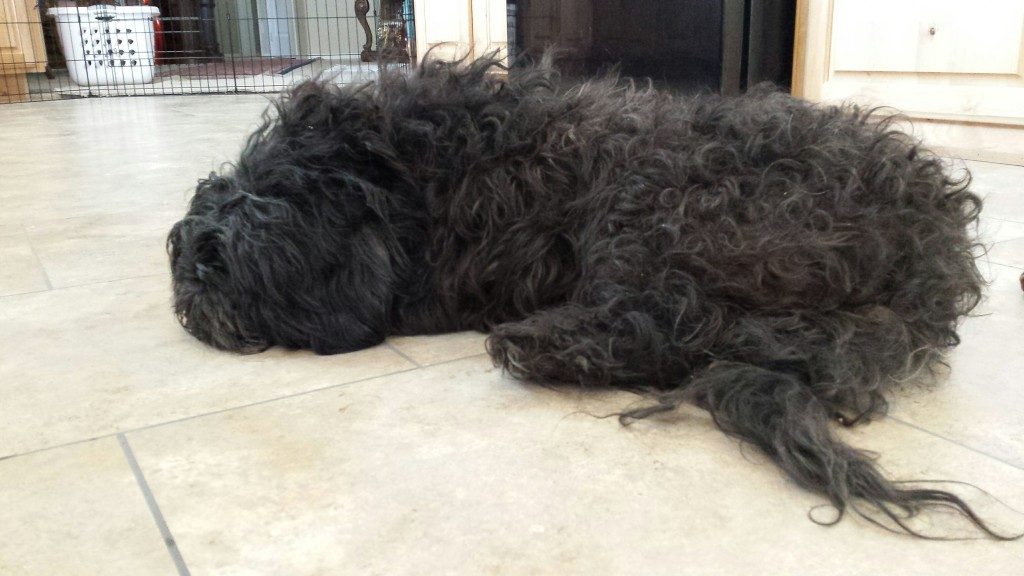 Every once in a while I pull up the website, Maricopa County Humane Animal Care and scan the dogs up for adoption. Why I put myself through this torture I will never understand.

Always, there are one or two dogs which tug at my heart.

On Friday June 26th  2015, I was at my computer clicking once more through the pictures of the dogs up for adoption, Number A3383610 caught my attention. It read Black, 12 year old Shih Tzu, female, spayed.

My heart felt a stab of pain as she lay in her cage with her eyes closed as if not wanting to accept what was happening to her. The weather in Arizona was experiencing a massive heat wave. Temperatures above 110 was the average for the week. Why would someone place an older dog at the Humane Society in this heat?

Evening came and she was still on my mind. Saturday morning I looked to see if maybe she had been adopted, but what were the chances of a 12 year old Black dog finding a new home. No luck she was still featured.

It is 51 miles one way to the Humane Center, I convinced myself I was just going to look! To look was Okay, no harm in that.

I was standing at the front door (first in line) at exactly 10:50 waiting for the doors to open at 11:00, I had number A3383610 written down on a piece of scrap paper, which I handed to the first lady behind the counter. She typed away on her computer and informed me I had first pick for number A3383610 and I would meet the dog in receiving just as soon as I could find my way there and the help could bring her out. She pointed to the double doors and said to make lefts and rights and head to receiving.

It all seems quite simple, except I can get lost in a paper bag and with all the dogs barking, my mind reeling with the over whelming amount of dogs needing homes, I was completely lost and had a terrible feeling of anxiety that I had to reach her right away. After asking multiple times I finally reached my destination.

The help pulled up the number again and told me her story as best they knew. Her name was Jasmine, she was born 11/15/2002 and her owner had been placed in a nursing home, the son had no time to care for her so he surrendered her to the Humane Society. My fate was sealed, I was taking her home with me.

Out she waddled, five inches of matting encased her whole body, she could barely walk, and swallowing was difficult as the matting was so thick under her chin and around her neck. Her belly was damp from urination and she was so very hot, still she held her head high, she was a grand old lady down on her luck.

I was asked if I wanted to visit with her to see if she would work for out for our household. My answer was NO! She’s mine and I’m taking her. I was in tears.

The help led her out from behind a wall and she tripped on the small step leading down to me, my heart felt another stab. She couldn’t walk and she couldn’t see because of all the terrible matting.

They placed her on the counter and gave her a rabies shot, and said we were set to go. I quickly toted her to the car, she wasn’t a light weight and had to stop and go potty, I was huffing and puffing as we made our escape.

She was so quiet on the way home, never made a sound. I carried her into the house and placed a gate up to keep her sequester in the kitchen. I hoped to find a groomer who could fit her into their schedule but was impossible on a Saturday afternoon. Sitting down beside her I tried to cut away some of her coat but it was so tightly globbed to her skin with dirt, the scissors wouldn’t cut close and I was afraid of cutting her. 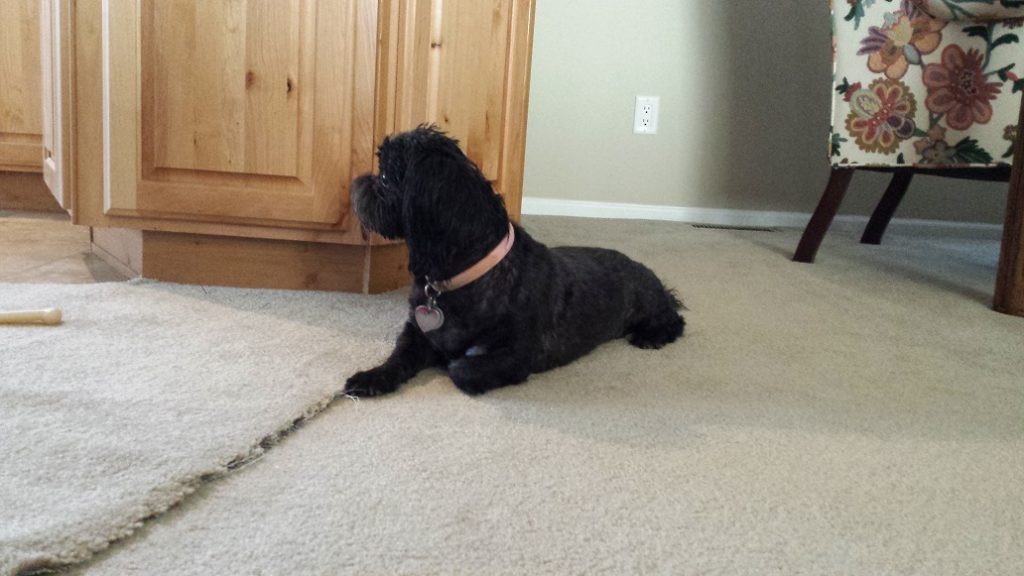 I remembered West, at Shampooch and Kitty Too and she was kind enough to take us on Sunday at 9:00 am. First a bath to try to loosen the dirt, then dried before she could even start to remove her coat, it was like a re-birth; there was a pretty little girl under all the filth and hair. Back for another bath and a final trim to even her out; her nails were trimmed back as they were curled up into her pads. She stood quietly through the whole process.

There was a cute little Shih Tzu beneath all that fur.